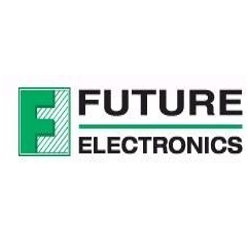 Robert Miller, President of Future Electronics, congratulated the company’s San Diego branch, which is celebrating its 35th anniversary this year.

Future Electronics was founded in Montreal in 1968 by company President Robert Miller. It expanded into the United States in 1972, opening its first American office in Boston.

Early on, the San Diego market was dominated by the Defense industry, but it has undergone many changes over the years. Today, San Diego has matured into a dynamic market with a wide range of industries including Wireless, Power, Medical, IOT and Consumer, among others. This evolution of customer make-up required Future Electronics to evolve along with it, introducing service and structure advancements that have since been adopted industrywide.

"The San Diego team is an amazing mix of people, ranging from industry veterans of 25-plus years to the next generation of electronics industry influencers," Lena said. "This diverse lineup has enabled the Future San Diego team to adjust, adapt and grow over the past 35 years, and we are excited to see what the next 35 years will bring."

Robert Miller, President of Future Electronics, congratulated the San Diego team on their 35-year milestone, and thanked everyone for their contributions to the success of the branch.

For more information about Future Electronics and its 170 office locations in 44 countries around the world, visit www.FutureElectronics.com.

Future Electronics is a global leader in electronics distribution, recognized for providing customers with global supply chain solutions, custom-tailored engineering services and a comprehensive suite of passives and semiconductor products. Founded by Robert Miller in 1968, Future Electronics has over 5,500 employees and operates in 170 offices in 44 countries around the world. Future Electronics is globally integrated, with a unified IT infrastructure that delivers real-time inventory availability and access to customers. With the highest level of service, the most advanced engineering capabilities, and the largest available-to-sell inventory in the world, Future's mission is always to Delight the Customer®. For more information, visit www.FutureElectronics.com.