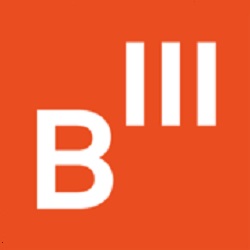 Up next are Sandra Mann and Chris Huelsbeck

Would you have guessed that punk rock icon Jello Biafra (The Dead Kennedys) is well-versed when it comes to legendary films from East Germany and the Soviet Union? Almost 5,000 viewers from all over the world enjoyed these and other unexpected insights during the first edition of our new WebVideoCast "B3 in depth". Presenter and film artist Johannes Grenzfurthner got Biafra, who is a political activist from the US and has even run for president, to tell some marvellous activist stories about punk, DIY, Trump, conspiracy theories and creative crime.

In our new Youtube show airing every 2nd and 4th Thursday of the month, B3 interviews representatives from various creative and cultural industries about their experiences, dreams and aspirations during these troublemedia festivald times.

April 8 at 6 pm will see our next exciting guest: Sandra Mann, one of the best photo artists of our time. In February 2021, she was awarded the Goethe Plaque of the City of Frankfurt for her versatile and enduring Å"uvre consisting of photography, installations, sculptures and video films. On April 22 we will welcome Chris Huelsbeck, one of the world's most important composers of computer game music.

Our WebVideoCast "B3 in depth" will run until October. From 15 to 24 October 2021, the 2021 edition of B3 will once more provide a platform for innovation, dialogue and visibility for film, art and media professionals.

Since 2013, the B3 Biennial has determined the cross-genre and transnational discourse on trends and developments in the moving image in the thematic fields of film, art, games and XR/VR. National and international artists and media professionals speak out on the future of storytelling in the digital age.

The aim of B3 is, on the one hand, to create a broad interdisciplinary alliance for the moving image and, on the other hand, to offer the international cultural and creative industries a comprehensive platform for innovation and exchange. In the context of the major national and international film and media festivals, art biennials, technology congresses and trade fairs, it has thus acquired a special position, as it very successfully initiates a wide-ranging dialogue across sectors and genres.

As a cross-media moving image festival with film screenings, exhibitions, conference and workshop programmes, including competition formats, it addresses professionals from the creative and media industries, business, politics, science and the interested public as target groups.

The B3 honours established artists and young talents with the internationally renowned BEN Award. In the race for main and newcomer prizes are works by artists of the B3 Biennale who are particularly innovative in their use of new narrative techniques.

The B3 Biennial of the Moving Image is organized by the Offenbach School of Design (HfG). The B3 is supported by the Hessian Ministry of Science and Art (HMWK). The strategic partner of B3 is THE ARTS+.