Items Signed by Einstein, Darwin, Bob Dylan, Babe Ruth, Churchill, Many Others are in University Archives' May 4 Auction 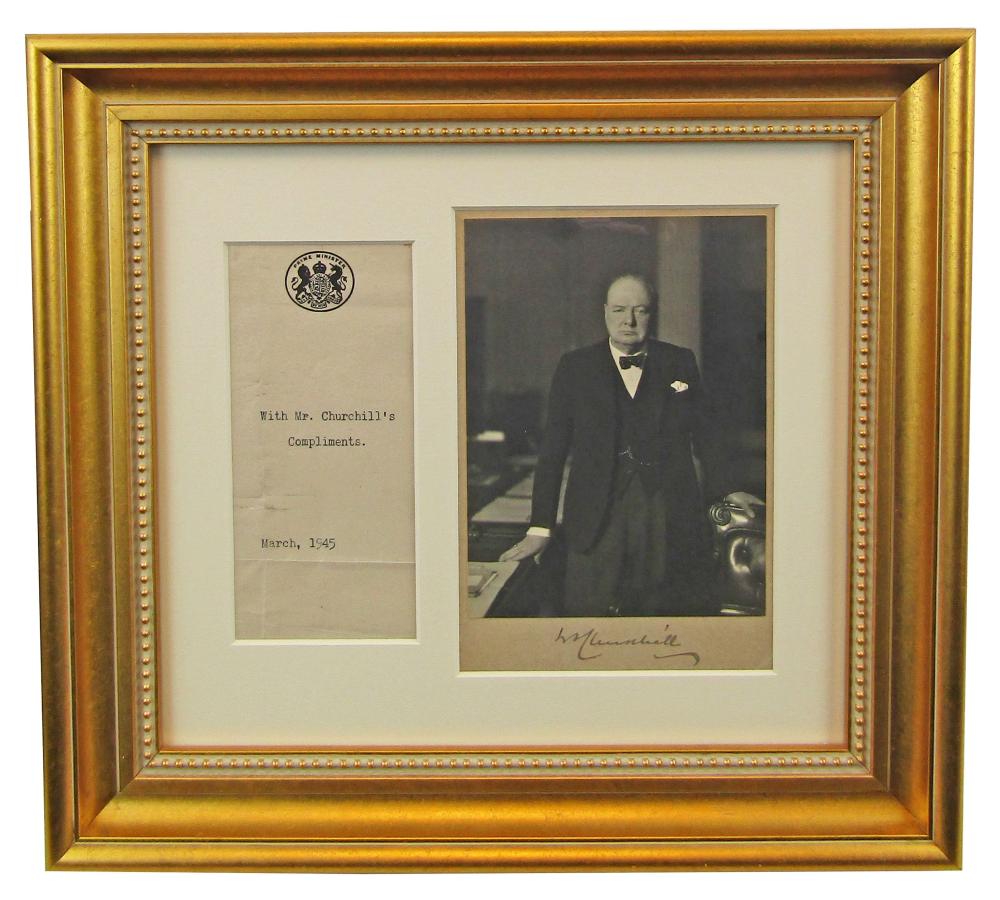 Wilton, CT, USA, April 20, 2022 -- Five items pertaining to Albert Einstein (two typed letters; a handwritten letter; an awards program; and a humorous card; all five of them hand-signed); Bob Dylan's handwritten lyrics to the song Mr. Tambourine Man; a handwritten letter by Charles Darwin discussing hereditary traits; and an author-signed first edition copy of The Babe Ruth Story are just a few of the expected highlights in University Archives' next big online-only auction, slated for Wednesday, May 4th.

The Rare Books, Autographs, Manuscripts & Photos auction, starting at 10:30 am Eastern time, features historical material from multiple collecting categories. All 410 lots are up for viewing and bidding now, on the University Archives website (www.UniversityArchives.com), as well as LiveAuctioneers.com, Invaluable.com and Auctionzip.com. Phone and absentee bids accepted.

"Our May auction features an impressive array of rare books, letters, documents, photos, ephemera and relics," said John Reznikoff, the president and owner of University Archives. "Highlights from the presidential, world leaders, science, music, literature, Civil Rights and notorious collecting categories are certain to attract significant interest. There really is something for everybody."

In a fascinating one-page typed letter signed by Albert Einstein and dated April 4, 1951, the legendary physicist answered questions posed by science fiction writer Sam Moskowitz about whether intergalactic space travel was limited by the speed of light. He evaluated the question according to both general theory and the theory of special relativity (est. $80,000-$100,000).

A one-page letter Einstein hand-wrote in German and signed around mid-1937 from his cottage home on Long Island, to his English translator Ruth Norden, about the worsening political and military outlook in Europe, is juxtaposed with the tranquility of the United States. In it, Einstein frankly states, "When one thinks of Europe, one appreciates America!" (est. $8,000-$10,000).

Bob Dylan's handwritten lyrics to the timeless rock classic Mr. Tambourine Man, penned on a sheet of Ritz-Carlton Hotel stationery and signed by the singer-songwriter as "Bob Dylan 2009," are accompanied by a certificate of authenticity from Jeff Rosen, Dylan's manager (est. $50,000-$60,000). Mr. Tambourine Man is a song from Dylan's 1965 album Bringing It All Back Home.

Albert Markham's illustrated manuscript journal - titled A Tour of the Old West 1877-1878 - details the explorer's adventures throughout the United States, including the Indian Territories and Dodge City (est. $50,000-$60,000). The approximately 360-page journal, on ruled paper, features fantastic content, to include 10 watercolor illustrations, ephemera and correspondence.

Charles Darwin, in a one-page autograph letter dated April 13, 1879 and signed with his full name and not his usual abbreviated signature, discusses one of the five key elements of natural selection: hereditary traits (est. $20,000-$25,000). Also, British Prime Minister Sir Winston Churchill signed and presented a vintage photograph portrait in March 1945, the same month he crossed the Rhine River following the Allied success of Operation Plunder (est. $4,000-$5,000).

A first edition copy of The Babe Ruth Story, by Babe Ruth (as told to Bob Considine), signed by The Bambino himself not long before his death in 1948, the same year the book was published by E.P. Dutton & Co. (N.Y.) has an estimate of $8,000-$10,000. Also, a sweet and poignant archive of 16 letters, notes and cards written by Nelle Harper Lee to her longtime friend, the Poet Laureate Ralph Hammond, plus 23 letters from Hammond to Lee, should bring $7,000-$8,000.

President Thomas Jefferson boldly signed a naval appointment dated May 22, 1801, promoting Joshua Blake to the rank of lieutenant following the Quasi-War with France (est. $5,000-$6,000). Blake would later be accused of cowardice during the Barbary Wars. Also, President Ronald Reagan signed a typed one-page letter on White House stationery in April 1985, addressed to British Prime Minister Lord Harold Wilson, reiterating his administration's support of the Anglo-American "Special Relationship" and thanking him for his support (est. $5,000-$6,000).