EstateOfMind will Hold A Two-Session, Online Estate Auction on Saturday, May 21st, at 11 am EDT 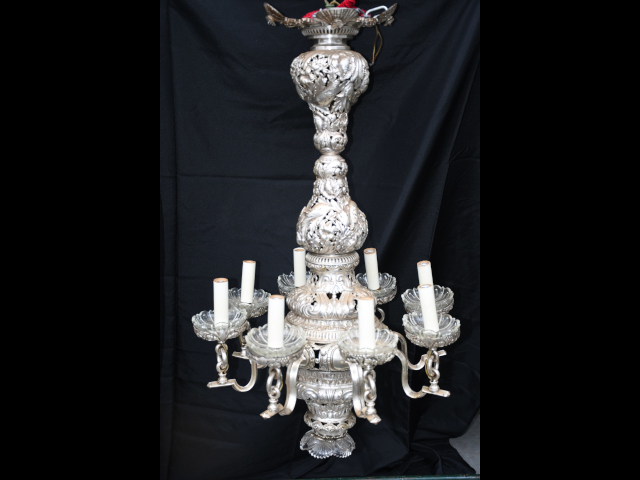 Middletown, NY, USA, April 29, 2022 -- A two-session auction featuring militaria, fine art, antiques, postcards, Mid-Century Modern, coins and jewelry will be held on Saturday, May 21st, by EstateOfMind. The sale will be held live in the EstateOfMind gallery located at 195 Derby Road in Middletown, as well as online. Internet bidding will be facilitated by LiveAuctioneers.com. Bidders can also view lot photos and get more info at EstateOfMind.biz and at AuctionZip.com (ID # 11093).

Session 1, starting at 11 am Eastern time, will be dedicated to militaria and firearms. Offered will be Winchester Model 52 rifles and target rifles; rare Colt SA revolvers; and an 1863 Civil War letter signed by Gen. A. E. Burnside, with Burnside Rifles content. Sold in Session 2 will be a 1945 oil on board painting of a World War II float plane with clouds signed by artist Eric Sloane.

Session 2, immediately following, will consist of items from Tuxedo Park and Hamptonburgh, N.Y.; Oceanside, L.I.; and Warwick, N.Y., with estate vehicles that include a 1972 Chevrolet Malibu with 94,132 miles on the odometer; a 1971 Chevrolet Impala convertible; and other cars. In all, more than 650 lots will come up for bid in Session 2, encompassing multiple categories.

The artwork category will be highlighted by an etching by James McNeil Whistler titled La Robe Rouge, with autographed letters; a Buddhist purity scroll; a circa 1951 watercolor abstract painting signed by Albert Alcalay, 9 inches by 50 inches; and a circa 1850 oil on canvas painting signed by Australian artist Nicolai Habbe (1827-1889) titled Picking Flowers.

Watches and jewelry will feature a scarce Art Deco 18kt yellow gold pomegranate brooch with articulating shell circa 1940 made in France with hallmarks; a circa 1980 contemporary modern 18kt yellow gold, stone, shell and diamond leopard brooch, signed Asch Grossbardt; a Rolex 18kt white and yellow gold Observatory/Chronometre, circa 1920; and a lot of six vintage estate watches, including examples from Omega, Harmon and Movado, all of them circa 1940 to 1960.

Americana will include an early Newport School fireside walnut and fruitwood wing/easy chair with original muslin, horsehair and sackcloth and remnants of the original upholstery, circa 1770; a cast iron "Green Tree" Fire Insurance plaque, circa 1805; 18th and 19th century country painted cupboards, blanket boxes and miniatures; and some 18th century painted Windsor chairs.

Coins will be highlighted by a rare key date 1877 3-dollar Indian Princess U.S. gold coin, AU-55; a 1927-P U.S. Peace silver dollar; and a collection of uncirculated Morgan silver dollars. Sports items will include a rare, early hand-stitched figure-8 baseball, 19th century; a copy of the book All My Octobers, signed by Mickey Mantle, with COA; and many vintage gem-mint cards.

A live, gallery preview will be held on Friday, May 20th, from 11 am to 5 pm, and Saturday, May 21st, from 8-10 am (all times Eastern), or by appointment. To schedule an appointment, you may call EstateOfMind at 845-386-4403. EstateOfMind is located at 195 Derby Road in Middletown, N.Y. EstateOfMind will be accepting donations for Ukraine via Direct Relief, Santa Clara, California.

To learn more about EstateOfMind and the two-session auction scheduled for Saturday, May 21st, please visit www.EstateOfMind.biz.