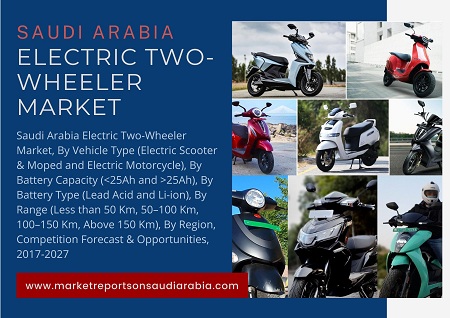 Rising Fuel Prices
Nowadays the price of fuels is getting high day by day due to various reasons, which is impacting the automotive industry. In Saudi Arabia, the automotive industry is focusing on electric vehicles, and also many companies have started to offer different models of electric two-wheelers such as Barq EV, ONE MOTO Technologies Ltd, BMW, etc. One of the main reasons behind the rise of fuel prices is Russia Ukraine war which started in early February 2022. Since the war started the price of crude oil have increased by more than 70%. The crude oil prices increased day by day and one of the reasons behind this, was the surge in pump prices as well as the labor cost. By rising fuel prices with time more people will turn towards electric vehicles as they are fully driven by batteries, and also electric two-wheelers have lower maintenance cost compared to the fossil fuel propelled engine two-wheelers.

Smoother Driving Experience
An electric two-wheeler does not get heated while driving, and it is easier to commute through it compared to an internal combustion two-wheeler. Electric vehicles don't have a combustion engine which results in no exhaust, giving electric two-wheelers a noise-free and smooth operation. Additionally, since there is no gear train, driving is hassle-free because the driver doesn't have to pay attention to shifting gears. Additionally, compared to internal combustion engines, electric engines vibrate less (even those with counter-balancers to reduce vibrations). Electric motors emit 50% less carbon dioxide than a typical gasoline engine, making them significantly more environmentally - friendly than those powered by gasoline. Due to these advantages, electric two-wheelers are simpler to operate than petrol-powered two-wheelers.

Government Initiative towards Renewable Energy
Saudi Arabia experiences extreme heat and humidity, experiencing a daily rise in temperatures of up to 2-3°C from the previous year. To address this issue, the Saudi Arabian government introduced regulations encouraging the use of electric vehicles, which may reduce air pollution. In order to reduce its dependency on oil and enhance its investment in alternative energy sources, the Saudi Arabian government joined the Paris Agreement. As a result, these government actions reduce air pollution levels and stimulate the market for electric two-wheelers in Saudi Arabia.

The Emergence of Electric Two-Wheelers
Automobile imports and sales have resumed after the COVID-19 epidemic. After the lockdown restrictions were uplifted, many two-wheeler manufacturing companies started production of two wheelers at full capacity, this improved the situation of international trade due to which import of two wheelers in Saudi Arabia increased. New two-wheeler models are anticipated to be released in 2022, raising Saudi Arabia's demand for electric two-wheelers. Customers frequently show greater interest in two-wheelers with batteries. Electric two-wheelers are already widely available from numerous companies in various product categories, and many more have already launched such vehicles or plan to do so soon. Triumph Motorcycles Ltd., a British manufacturer of motorcycles, will release the TE-1 electric motorbike in January 2023.

Browse our full report with Table of Contents:
https://marketreportsonsaudiarabia.com/report/763779/saudi-arabia-electric-two-wheeler-market-by-vehicle-type-electric-scooter-moped-and-electric-motorcycle-by-battery-capacity-ah-and-ah-by-battery-type-lead-acid-and-li-ion-by-range-less-than-km-km-km-above-km-by-region-competition-forecast-opportunities

About Us
Market Reports on Saudi Arabia provides you with an in-depth industry reports focusing on various economic, political and operational risk environment, complemented by detailed sector analysis. We have an exhaustive coverage on variety of industries - ranging from energy and chemicals to transportation, communications, constructions and mining to Food and Beverage and education. Our collection includes over 3000 up-to-date reports all researched, analyzed and published by top-notch international research firms.